We are excited to announce that the IIS.NET Forums are moving to the new Microsoft Q&A experience. Learn more > 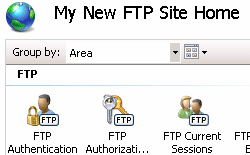 The WebDAV Extension for IIS 7.0 is a new module written specifically for Windows Server 2008 that enables Web authors to publish content more easily and securely than before, and offers Web administrators and hosters better integration, configuration and authorization features. 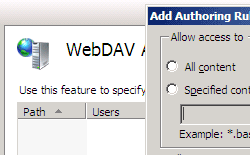 Evaluate IIS7 with a free trial edition of Windows Server 2008.

Expand your server by adding new features to IIS7 with official extensions from Microsoft.